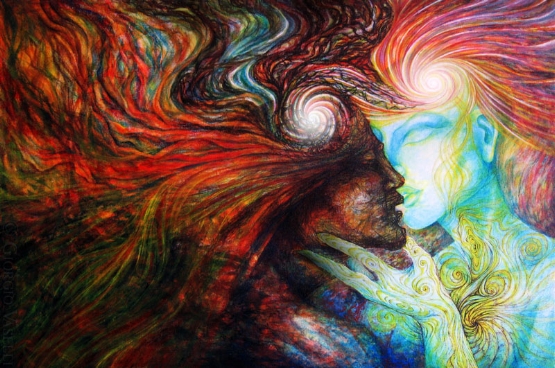 Feminism is Good for Your Health (Part 1)

This is the beginning of what I hope will become a series on feminism, so I won’t be trying to pack everything into a couple of pages. It would be a futile attempt anyway: there is too much. I will just start by saying: feminism has a ridiculously bad rap, mostly because of a complete misunderstanding of what it is, and what feminists stand for. There is also the misunderstanding that there is one unified view that exists within feminism, rather than a series of divergences from a core set of ideas.

There is however, some very basic things that are outlined in ‘What Feminism Is and Is Not: A Handy Reference Guide’ to get you started:

If you prefer a brief video, watch ‘What Saying I’m Not a Feminist Really Means’:

There are a lot of elements mentioned in the link and video that we will be exploring in more depth in future posts. For now however, I’d like to get us starting on why feminism is good for your health.

Feminism supports the idea that everyone should be treated with respect and dignity.

Feminism means that we are opposed to oppression, sexual violence and discrimination.

Feminism offers the perspective that we can all embody any of these things. Feminism invites us to be our whole selves in full expression. It improves our mental, emotional and yes, physical health. On a spiritual level, it is about the union of the masculine and feminine energies in us all.

So yes. Feminism is good for your health. Between the #metoo movement on Facebook and the avalanche of sexual harassment and assault allegations that have come out in the news in the United States, there are new and intensifying conversations around feminism emerging.

And no, we are not just looking at a western context or ‘concept’. Feminism, whether by the same or a different name, has emerged organically and indigenously in myriad societies. In the Middle East, and in each country individually, feminism is alive and well. Women have been at the foreground of many acts of resistance and societal change. Women continue to struggle in the interest of their own empowerment and the empowerment of those around them.

For many of you, this isn’t news.

Let’s briefly talk about Lebanon in specific, and why feminism is so important here.

Often, people get defensive and say, ‘well it isn’t as bad as it is in….’, or, ‘is this really what we need to be worrying about right now, when we don’t have (makes long list of basic necessities of our daily lives)’. Over time, we hope to make the argument that feminism is not separate from all the things we are worrying about right now, and the basic needs alongside them.

What is clear is that there is a list of contradictions and complicated ways we have to navigate life in Lebanon as women. A lot of that is wrapped up in what the role of a woman means, and more densely, in our sexuality.

Beyond that, we are still struggling to change a law that allows us to pass our nationality on to our children. Gender-based violence is high, with 2600 reports of domestic violence every year. This number is held keeping in mind all of those who stay in silence out of shame or fear.

In 2016, Lebanon ranked 135 out of 144 countries on gender equality. Women’s participation in the workforce is at 24%, as compared to 70% for men. This year, parliament rejected the proposal for a 30% women’s parliamentary quota.

During the conference organized by the Lebanese Democratic Women’s Gathering, discussing the abolition of that ‘marry-your-rapist’ law, member of Parliament Mr. Elie Marouni stated that women are “sometimes to blame for rape”. While this law was repealed, we clearly have a long way to go.

In our upcoming posts, we are going to explore the amazing work being done by organizations in the country, along with the roadblocks they face. But in the meantime, check out some of the links in the reference list below.

I’m going to leave you with the wonderful Mashrou’ Leila and their new song ‘Roman’, which is being hailed as a feminist anthem. It will make you happy.