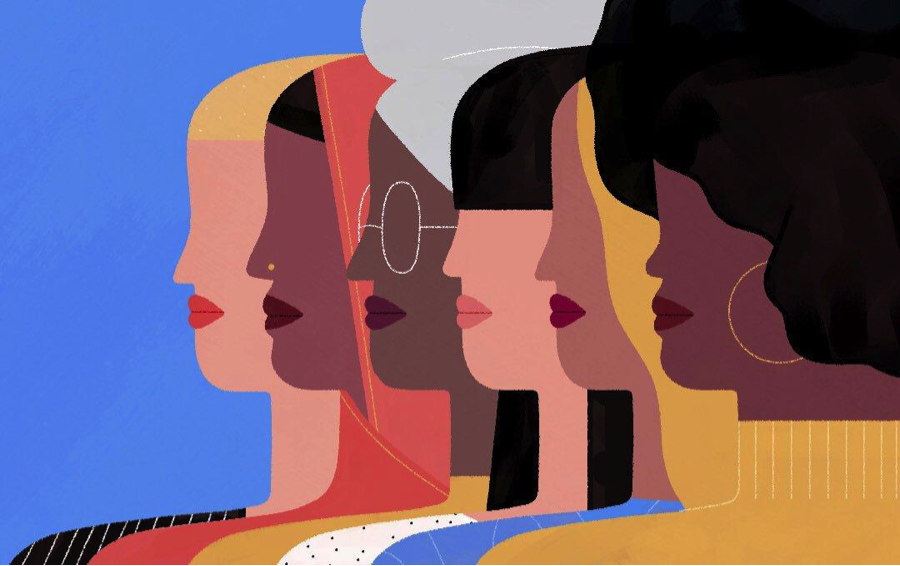 Last month the world celebrated International Women’s Day (March 8th). This marked a day for women the world over to celebrate their achievements but to also address the ongoing challenges in the gender bias they face in a (still) predominantly patriarchal world. And speaking of women coming together, we recently spoke to you about the importance and rise of sisterhood in developing female strength in unity. Women have always risen to the occasion to claim their rightful place in their societies and to fight for equality. Today, both women and men embrace feminism, and we can say that we are now entering an exciting new era where the whole world is expecting balance in gender roles. Hooray!

However, a worldwide study ranked the Arab Mena region (Middle East and North Africa) lowest in the world in gender equality. So, obviously there is still a long road ahead! While there are many challenges that can be seen as unique to this region, we are proud to say that plenty of remarkable Arab feminists have been breaking stereotypes in gender roles. Kudos to them all! We even talked about six remarkable feminist figures in the Middle East previously at The Wellness Project. Let’s now look at six more trailblazing Arab women striving for change…. At the age of 32,Tawakkol Karman from Yemen became the youngest Nobel Peace Laureate back in 2011. She was also the first Arab woman and the second Muslim woman to win a Nobel Peace Prize. Brave and outspoken, Tawakkol is a journalist, a politician and an activist who has been peacefully rallying against human rights abuses and political corruption in her country. She was even imprisoned several times for her protests, which she also led in front of the UN Headquarters in New York. She founded Women Journalists Without Chains, a platform to advocate for freedom and rights, that also provides media skills to journalists. Today, as her country enters its fifth year of a devastating war, she fervently asks the international community to support Yemen so it can take back its sovereignty. She is a relentless fighter for her people. We are with you 100%! Now, the Egyptian-American Mona Eltahawy is an interesting public figure. She is a writer and speaker on both Arabic and Muslim issues, dividing her time between Cairo and New York. Her signature raven curly hair even adds to her bold persona as a feminist activist who pulls no punches. Known for being outspoken about women’s rights, in one interview she says, ”injustices have always made me furious and enraged. When I became a writer and columnist in 2001, it became apparent to me that women with an opinion were targeted by everyone. They call you arrogant and attention seeking. I say it is okay to be angry. Angry women are free women.” You can hear the rest of her candid and intimate sisterhood interview here. Haifa Al Mansour is considered the first female movie director in Saudi Arabia and arguably the most famous from her country. Her 2012 film ‘Wadjda’ became the first Saudi production to enter the Academy Awards in the Best Foreign Language Film category. An endearing story about a young girl who is determined to ride a bicycle, Wadjda cleverly touches on gender equality and highlights the nuances of her culture. While shooting the outdoor scenes of this film in Riyadh, Haifa hid in a van and communicated with her crew using a walkie-talkie. She did this in order to not violate her country’s stringent laws for women in public spaces. This just goes to show, ‘if there is a will, there is always a way’! The CV of Zainab Salbi, the Iraqi-American author, humanitarian, media commentator and writer, is nothing short of astonishing. But her upbringing in Iraq is also pretty fascinating. Her father served as the personal pilot of Saddam Hussein and her family was part of the ‘inner circle’ of the late dictator. In a desperate effort to keep Zainab safe, her mother sends her off to the US to marry an older man she had never met. The husband turned out to be abusive and Zainab left him after a few months. A few years later, at the age of 23, she launched Women for Women International a non-profit organization dedicated to helping women survivors of war. Somewhere in between she managed to write several best-selling books, appeared on the Oprah Winfrey show 10 times (yes, that many!) and started her own show to address inspiring women from the Middle East. She’s unstoppable! Of all the women mentioned here, Nawal El Saadawi is the oldest at 87 and is considered to be a leading figure among Arab feminists. Often described as the “Simone de Beauvoir of the Arab world” she started her career as a physician and psychiatrist then focused on writing and activism later in life. She claimed that she was supposed to be married off at the age of ten but due to her defiance against early marriage and her mother’s support, she was able to continue her studies. Later, working as a doctor travelling around her country, she witnessed a lot of unfair and humiliating practices against women, prompting her to write about her experiences in her books. This was followed by several arrests in Egypt and even death threats, but it never deterred her from speaking her mind! A prolific writer, her literary works have been translated into more than 30 languages! The Lebanese can proudly count Joumana Haddad as a steadfast supporter for women’s empowerment who is not afraid to challenge societal norms in Lebanon. Two of her most acclaimed books are the comically titled: “Superman is an Arab: On God, Marriage, Macho Men and Other Disastrous Inventions”and “I Killed Scheherazade: Confessions of an Angry Arab Woman”. While the titles are humorous takes on stereotypical gender roles in the Arab world, her books radically and bravely challenge those roles with her razor-sharp wit and personal experiences. Joumana is also an accomplished poet and a polyglot who is fluent in seven languages. Oh, and somehow between writing and giving regular talks around the world, she has a TV show and was even a candidate at the last Lebanese parliamentary elections! Hey, maybe Superwoman is an Arab! I hope you find these women from the Middle East inspiring! We certainly do at The Wellness Project! Let me end with a powerful quote taken from Nawal El Saadawi’s book – “The Hidden Face of Eve: Women in the Arab World” – to remind us all to stand up for women and with women to make a better world for everyone.

“Solidarity between women can be a powerful force of change, and can influence future development in ways favorable not only to women but also to men.”