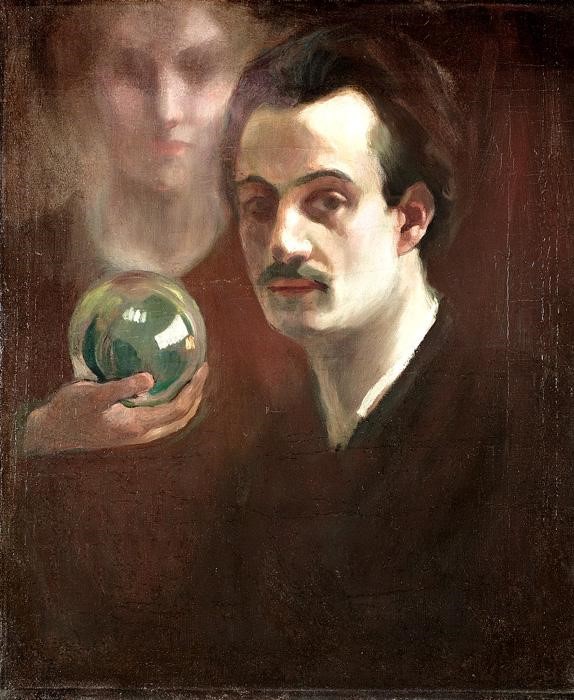 Previous item Six Feminist Voices From... Next item Why the Art of...

We are proud to say the Middle East has produced plenty of great thinkers who have become international icons revered for their works.  Whether it is their insightful philosophies or poems, masters from the region have touched millions of people around the world.  While we cannot mention them all at once here at The Wellness Project, we wish to pay tribute to some of those who have left a profound legacy and continue to inspire and uplift people all over the world. So, we decided to put together a short summary of six selected spiritual luminaries from the region…

Let’s start with the man credited for writing one of the most revered books of all time: Gibran Khalil Gibran. Yes, it’s The Prophet, which has been translated into over 50 languages and has never gone out of print! In the USA alone it has sold more than ten million copies. It just goes to show how his words resonate so much with the public – no matter what race, culture or religion they identify with! The book is based on a fictional character living twelve years in exile. A prophet who goes by ‘Almustafa’ is about to board a ship to travel back to his homeland. On his journey home, people stop him for his advice, which is compiled into 28 beautiful poetic essays.  Today his profound messages on many aspects of life such as joy, death, love, pain, children, and more are as deeply relevant as they were when the book first came out in 1923.   His poems are often quoted during weddings, funerals, graduations and other pivotal moments in people’s lives due to their universal appeal.  The Lebanese-American luminary who has written many other books and poetry compilations (in both Arabic and English) was also a gifted artist who produced over 700 works – both paintings and sketches, however, they are far less known than his writings. Another master from Lebanon to remember has produced a masterpiece in spiritual literature.  He is Mikhail Naimy who wrote The Book of Mirdad. Similar to Khalil Gibran (the two were also friends and Naimy even wrote Gibran’s biography), The Book of Mirdad weaves poetry, philosophy, legend and mysticism and creates a powerful universal narrative. In fact, Osho, the late Indian spiritual master, swore by this book, saying that: “There are millions of books in the world, but ‘The Book of Mirdad’ stands out far above any book in existence.” The book is an allegorical story where one must figuratively read between the lines to understand the true meaning.  Like The Prophet, The Book of Mirdad was also written in the early 20th century and still very relevant to this day. The main character in this story is Mirdad, who leaves everything behind to visit a remote ancient temple on top of a mountain.  During this journey he becomes a teacher to nine selected companions. The book then becomes predominantly a set of

questions followed by answers between Mirdad and his assumed disciples. Throughout the dialogue, important life lessons are revealed on many topics ranging from repentance, relationships, money, death, old age and love.  Here is one poignant quote from the book on the topic of love:

“Love neither lends nor borrows; Love neither buys nor sells; but when it gives, it gives its all; and when it takes, it takes its all. Its very taking is a giving. Its very giving is a taking. Therefore is it the same to-day, to-morrow and forevermore. ”

A number of beautiful excerpts from this book can also be found here (http://www.gnosis.org/library/Mirdad.htm).  With plenty of wise prose reflecting on life it is no wonder that The Book of Mirdad has become a classic revered by spiritual seekers.

Our next featured master is Omar Khayyam who flourished during the period known as the Golden Age of Islam (8th to 14th century) where much of the Arab world was ruled by caliphates who were also patrons to great inventions and works encompassing culture, science, math and economic development. Khayyam was a highly talented Persian polymath known for being a mathematician, astronomer, philosopher and poet. It is said that his work laid the foundation of modern Algebra (he was allegedly the first mathematician to conceive a general theory of cubic equations), and the current Gregorian calendar is based partly on his contribution.  However, his true fame did not come from his aptitude with numbers, but from his poems, which were translated into English from Persian by Edward Fitzgerald in 1859 (almost 800 years after Khayyam was born). Nearly 600 short poems of four lines, known as quatrains, were compiled into a book known as Rubaiyat of Omar Khayyam. An illustration of Rubaiyat of Omar Khayyam by Edmund Dulac

The poems featured everyday themes, but they also reflected Khayyam’s outlook on life, which was much about seizing the moment and living life to the fullest (definitely a mindful approach to life, we say!). Fitzgerald also commissioned artists to create romantic oriental imagery to compliment the poems, which appealed to the cultural elite of the Victorian era at the time of publication.  Later on, this book inspired countless filmmakers, musicians and writers in both the Arab and the Western world and many paid tribute to him in their works:

The 1957, Paramount Pictures released the movie ‘The Loves of Omar Khayyam’, which includes excerpts from the poems. The Rubaiyat was also quoted in the science fiction Terry Gilliam film ‘12 Monkeys’.   In music, the legendary Egyptian singer Umm Kulthum recorded a song entitled ‘Rubaiyat Al-Khayyam’.  The renowned American folk musician Woody Guthrie recorded excerpts of the Rubaiyat in his musical work ‘Hard Travelin’.  In literature, Lebanese writer Amin Maalouf based his entire novel ‘Samarkand’ on the life of Omar Khayyam and the Rubaiyat. Also, Agatha Christie and Stephen King were both inspired by the quatrain, which begins as ‘The Moving Finger writes’, using this verse as story titles in their novels.  These examples are just a selected few out of many more that reflect the far-reaching impact of Omar Khayyam and his poems!

The American author and literature critic Robert D. Richardson had this to say about the book’s timeless appeal:

“The Rubaiyat is startlingly modern in its outlook and composition, and through it, one civilization speaks to another as equals and across a gap of almost a thousand years.”

Here are two of Omar Khayyam’s romantic quatrains that epitomize the spirit of joie de vivre:

Come, fill the Cup, and in the fire of Spring

Your Winter-garment of Repentance fling:

The Bird of Time has but a little way

To flutter—and the Bird is on the Wing

How swiftly does this caravan of life pass; Seek thou the moment that with joy does lapse.

Saghi, why lament tomorrow’s misfortunes today? Bring forth the chalice, for the night shall pass

Another exceptional poet from Persia goes by the name Rumi (born Jalal ad-Din Muhammad Rumi). Many of you may already be familiar with this great Sufi master who is often quoted for his many exquisite poems and sayings (https://blog.mindvalley.com/poems-about-life/). However, the true inspiration for Rumi came from a lesser-known man who was also his trusted mentor, Shams al Din Tabrizi.  The story goes that Rumi discovered poetry when he met Shams sometime in the 13th century in Konya, Turkey. Shams taught Rumi in seclusion for 40 days. The teachings focused on ‘ways to love God through self love and forgiveness’. The teaching of Shams was less about the traditional religious books and their doctrines and more about experiencing spirituality. The two became inseparable, but this led to people in Rumi’s inner circle to become fiercely jealous and eventually driving Shams away from the city.  Distraught and utterly heart broken, Rumi began to console himself with writing poetry and devoted the rest of his days to performing the Sufi dervish dance, writing and worship.  In his poetry Rumi addresses Shams and many say it is actually ‘Shams talking’ in the words of Rumi.  Somehow these two masters – mentor and disciple – become as one entity and Shams is seen as Rumi’s ‘alter ego.’  Although Rumi became much more famous, scholars say it is thanks to Shams that he became one of the world’s greatest poet. Here is a gorgeous poem, which describes dancing (the whirling dance of mourning) which supposedly helped console Rumi when he lost his master Shams:

Dance, if you’ve torn the bandage off.

Dance in the middle of fighting.

Dance in your blood.

Dance, when you are perfectly free. Finally, our next and last master we will be mentioning here is Rabiah Al Adawiah. A female mystic from the 8th century who was born in Basra, Iraq.  She was one of the most important early Sufi poets and many of her verses and prayers became part of the literature and oral tradition of Islam. Rabiah was actually born to a poor family and was the fourth daughter, hence given this name, which translates to ‘fourth’ in Arabic.  After her parents died she became a slave but later was freed when her captor saw her praying while being enclosed by light, only to realize that she was a saint.

What was unique about her beliefs at the time is that she rejected the idea that punishment or heavenly reward motivated religious devotion. Instead she believed that devotion should come only from one’s love of God.  She practiced ascetic detachment and meditation, and she renounced the world around her in order to devote herself to faith. Scholars say she paved the way for female saints and she reached a higher state that Sufis strive for, which is reached by abolishing the ego or ‘nafs’ in Arabic.   She was seen as an independent and strong willed woman who helped develop other Sufi masters too.  Rabiah also wrote many passionate poems about her desire to be closer to God.  Here is one of them that reflects her devoutness:

“I carry a torch in one hand

And a bucket of water in the other:

With these things I am going to set fire to Heaven

And put out the flames of Hell

So that voyagers to God can rip the veils

And see the real goal.”

We hope you enjoyed our summary of these legendary masters who have shared exceptional wisdom and continue to be an inspiration and teach to many all over the world. So which of these speak to your soul?  Do you have any favorites, mentioned here or otherwise?  If so, please share them with us.  We always love to hear from you!