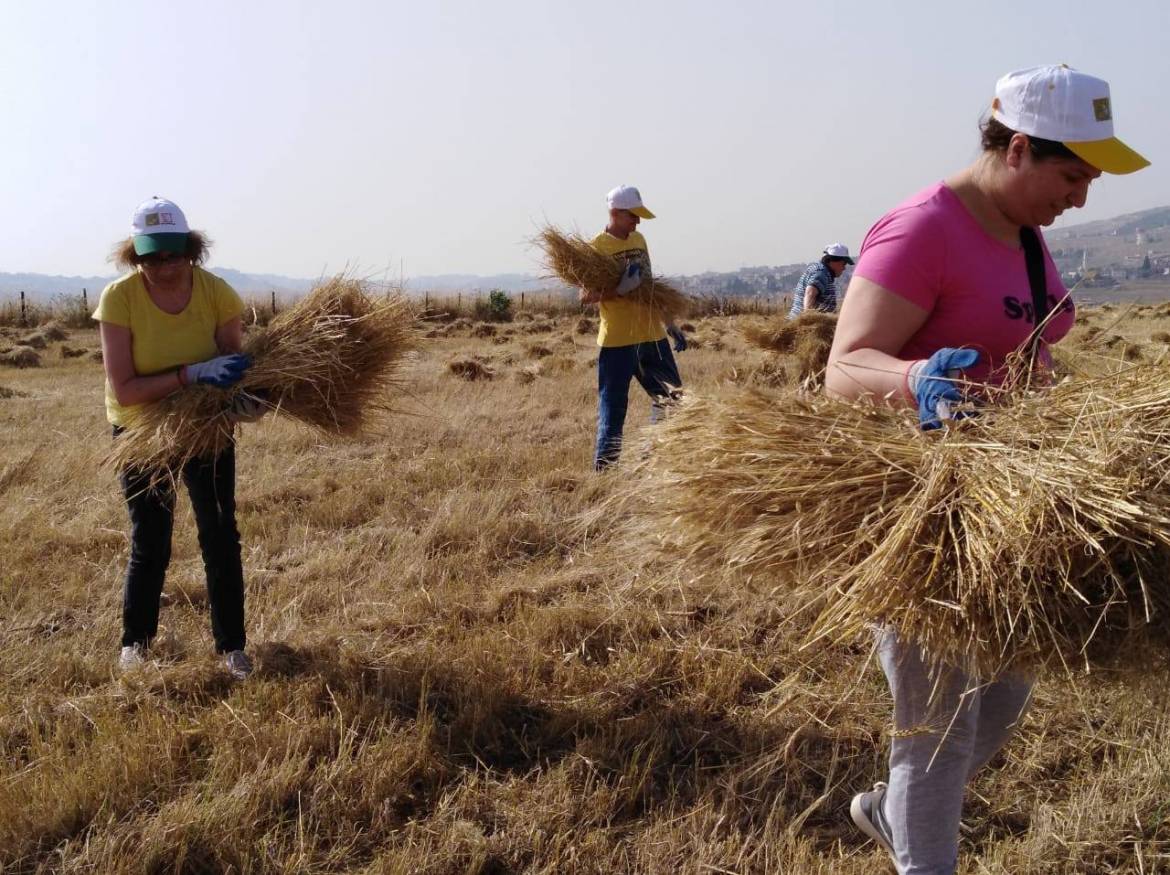 Previous item Stuck in the Same... Next item Six Feminist Voices From...

We all know that life can be quite magical and beautiful, but also equally filled with suffering navigating through life’s daily struggles and lessons. We can also openly admit that life is simply just not ‘fair’ and some of us are more privileged than others. What becomes admirable, noble, and worthy is to witness human beings cultivating their inner resilience in facing those struggles, eventually coming out of them transformed, and being able to encourage others to face adversity with unwavering focus. I have had the opportunity to meet a gentle, kind spirit in Lebanon named Nassib El Solh through Sound Healing. His story is one of those inspirational ones that invite you to perceive life’s challenges from another angle: one that is healthy, robust, and encouraging. We, at The Wellness Project, thought this story was worth resurfacing as it represents a model to follow within our communities both near and far.

Nassib’s story began in his immediate home and blossomed through the efforts of his endearing mother, Mounira El Solh. Mounira founded the first institute in Lebanon in 1959, the Al Amal Institute for the Disabled, located in Broumana that focuses on the integration of people with special needs. Mounira’s charitable work has been internationally praised and recognized, even receiving the Rose Fitzgerald Kennedy Mothers Award (2000-2005). Mounira had a disabled son, Salim, brother of Nassib, who became the motivation behind the founding of the institute. The main mission of the Al Amal Institute has been to advocate for the rights and integration of people with special needs into Lebanese society. This is encouraged primarily through employment opportunities created by the institute, so people with special needs can become healthy participants in society whilst helping to dissolve judgments, separation and perceptions of them as less than. Nassib has been directing the institute’s initiatives since the onset, a passion that has creatively established programs and found resources to make the impossible possible right here in Lebanon with its war-torn past. “Three percent of Lebanon’s population is mentally handicapped, 3 percent mentally challenged, and an additional 6 percent of the population suffers from a physical disability,” claims Nassib. “This 12 percent of our population is considered ‘unproductive’, which is precisely the kind of stigma that Al Amal works so patiently to remove and challenge.” In Nassib’s view, that 12 percent really does matter and the institute’s program has been the most successful initiative that has had rippling effects across this small country that actually helps other people that are in need. As Nassib states, “there is no need to pity them and many Lebanese people’s attitude toward them has changed to humanitarianism.”

Al Amal has worked decades to provide safe and stable programs that cater to the particularities of those with special needs. Their first program started back in 1984 with the ‘Al Amal Bakery’ that employed six persons with special needs and four specialized workers. They provided bread on a daily basis to nine villages around Broumana during the civil war when finding bread was rather arduous at times. They successfully altered the negative perceptions held by people in those communities towards people with special needs. The bakery was unfortunately destroyed in 1989 as a result of shelling.

By 1992, Al Amal began their “Winter Sweater” program in which “people with special needs are trained, employed and produce 1,200 sweaters per month,” claims Nassib. It has grown beyond that since its inception to produce thousands of sweaters yearly. The sweater-making factory is stationed on the first floor of the institute, the other floors being their permanent residence, their home-sweet-home. The mentally challenged and disabled persons undergo an extensive process to discover what they would like to do in the factory, with complete physical and mental health exams that go along with the process. They experience a one-week trial to see if their abilities match their desired job. After learning the machines (a long process), each worker is assigned their special task; they busily work at producing wool sweaters that eventually are distributed to various welfare organizations, orphans, disabled and handicapped individuals, prisoners and refugees that are listed within 69 different NGOs. A new extension to that program was developed in the south of Lebanon called in 2000 when it was politically liberated. “Welfare & Wheat” program was officially launched in 2002 (in full swing by 2006) and is an ambitious agriculture project to cultivate wheat, lentils, beans, bulgur and chickpeas in the village of Arnoun. The land Nassib inherited was given to him by his mother, Mounira, with the condition that it would be an extension of the Al Amal Institute and used by those with special needs. “We decided to start building networks with marginalized farmers including those with special needs, which marked the beginning of the Welfare Wheat Program.”

It took many volunteers, donations, grants, sponsors, and the support of the Lebanese Army, Ministry of Education and Ministry of Agriculture to make this happen. With a great deal of will, effort, support and focused determination of many people, the complete “Sweater & Wheat Relief Program” emerged that incorporates the two missions together. The care package delivered to those in need consists of five grains, one winter sweater, and 2 locally made natural soap bars in a carton box with their logo on it. It should be noted that 85 percent of people with special needs and marginalized families in Lebanon live in rural areas. This program was established to promote economic productivity of farmers with disabilities along with small-marginalized farmers (80 farmers in total) across the country. This project comprises people from various communities to join together from Broumana to south of Lebanon, all contributing to make this project happen. Watch this incredibly touching video below, allowing you to meet the people that make and produce these gifts of love distributed to those in dire need.

Al Amal Institute's "Sweater and Wheat Relief Program" is the First of its kind in the Middle East, where People with Special Needs produce a Full Package which is donated to Refugees and to those in Need. Visit us on https://www.amalinst.orgبرنامج "كنزة و سنبلة للإغاثة" هو الأول من نوعه في الشرق الأوسط.

The residence of Al Amal enthusiastically include others within their community to participate in their endeavors, like Broumana High School and universities, who create stimulating activities with those with special needs on a regular basis. They also host an “Annual Welfare Wheat Race” in Broumana every year, where over 600 school kids between 10 through 18 years of age race to support the cause of individuals with special needs. This initiative was the outcome of their “Awareness & Acceptance Program” which facilitates various exchange visits with school children. If you have children who would like to participate in this annual event, please visit their Facebook page for more information, as it will be held in April this year. The residents of Al Amal enjoy stimulating excursions to art and cultural centres, the sea and public gardens. They additionally participate in the annual “Big Blue” event to do their part to help clean up the coastal side of Lebanon. All of these actions further develop “their involvement in public affairs and civic sense and patriotism to help create a better Lebanon,” Nassib states. What is certain is the Al Amal Institute has proven that those with disabilities and special needs can become self-reliant and live an honourable life in a country that has often marginalized individuals with special needs. Everyone does matter and deserves love, care, and attention. It is also a remarkable example of how we build communities together, joining forces to empower one another with our uniquenesses intact. If you feel like diving further into their story or feel inspired to make a donation to support their institute and programs, follow this link. Preparing relief packages for those in need!