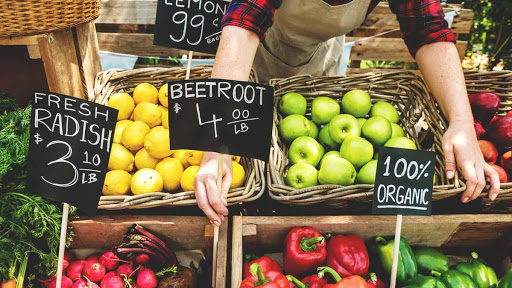 How are Fruits and Vegetables Commercially Produced in Lebanon?

Have you ever found yourself standing in the supermarket wondering if you should fork out a little more and go for the organic lettuce or just go for the non-organic (conventional) one? You may wonder if there is a real difference between the two or not. Maybe, it’s mostly ‘hype’ that makes us believe there is. And if you go for the conventional type, how much synthetic pesticides and fertilizers is really being used? Then, sometimes you hear the term ‘baladi’ in Lebanon to describe a range of local produce, and you are not sure what that means (wait, could that be organic?).

Okay, so if one starts to really look into the types of fruits and vegetables available by navigating through all the options and facts (although, I must say information available to the consumer is very scarce), it can all get quite perplexing! To get more clarity and insight, The Wellness Project spoke to an agricultural engineer in Lebanon to help understand more about the common fruits and vegetables farming practices in the country, in hopes that we can make more informed decisions when we go food shopping.

Nay Andraos is an agricultural engineer at Georges N. Frem Foundation (GNFF), an NGO dedicated to support Lebanon’s agricultural sector since 1997, through working closely with the growers and other stakeholders in the sector. She began our crash course on agricultural practices by dividing fresh fruits and vegetables available to the Lebanese consumers into the various categories and explaining each one.

In Lebanon organic refers to the produce that is controlled with either no use or very restricted use of organic inputs, which would be both natural pesticides and natural fertilizers. Organic means that it has been produced without any synthetic pesticides or fertilizers. A third party controls/monitors the organic produce, which is the certification body. Normally you will see a label on the packaging to know this. In Lebanon it is CCPB (Controllo e Certificazione della Produzione Biologica). CCPB, which was formerly known as IMC, is an Italian inspection and certification body for both agriculture and non- agriculture food products that have been produced by applying organic and eco-friendly means. The company performs regular comprehensive audits throughout the year; both through its Lebanese CCPB counterpart and directly itself to ensure each certified client maintains its organic standards. Similarly, in other markets like the USA, a sticker will say USDA (United States Department of Agriculture Organic), and in France you will find a green and white logo that says AB (agriculture biologique). “To know it’s certified organic you must always look out for the certification label,” explains Andraos. This could be a small sticker directly put on the product or it could be printed on the packaging.

Pros and Cons of Organic in Lebanon

In Lebanon, Andraos explains that organic farming also takes into consideration the environment, the biodiversity and the social impact. “Here, organic farmers take into consideration the pillars of the whole system, so they try to minimize damage caused by agriculture.” This means the water used must be free from contamination (such as toxic bacteria and toxic metals) and the natural pesticides are environmentally friendly. So what are the organic pesticides used? “One example is a mixture of sulfur and copper. This is a mix that can be made quite easily by farmers and sprayed onto the crops. And imported organic pesticides are also widely used.” explains Andraos. “Another common method is by growing a mix of plants next to the crops that have an insecticidal effect.”

“The average consumer, however, still thinks going ‘organic’ is mainly about his or her health,” admits Andraos. “It’s also about the farmer’s health and the health of the planet.” With increasing awareness and education (especially in schools and via the media) the Lebanese – both suppliers and consumers – are slowly but surely understanding how organic agriculture needs to be applied. “Organic is a whole sustainable chain of events and not one that is a ‘circle of destruction’. It must be done correctly.”

One current disadvantage Andraos points out about organic produce in Lebanon is the ‘single use’ packaging. “It comes in too much packaging – whether locally produced or imported – which is a waste and not sustainable.” The second she says is the high price, which makes it more of a luxury to buy. And if you buy imported organic fruits and vegetables in Lebanon, it can be even more expensive than locally grown organic.

Andraos explained that Lebanon’s Ministry of Agriculture is supporting organic farming through supplying organic inputs that are permitted in organic farming. While in limited supply, the government is distributing for free (in a first come first serve basis) natural pesticides and various insect traps. The natural pesticides given out are imported, such as neem oil and Bacillus thuringiensis (Bt) to ward off crop eating insects. Complementary ‘insect traps’ are also being distributed, which are devices hung on trees designed to attract and trap pests, such as flies and wasps that feed on the crops. In Lebanon conventional (non-organic) fruits and vegetables are subjected to systemic high use of synthetic pesticides and fertilizers explains Andraos. “There are no restrictions on how much farmers can use, and we have no way of knowing as it is not regulated.” Conventional farming constitutes the majority of produce found in the country. “The way crops are produced also contributes to the degradation of biodiversity and the ecosystem,” adds Andraos. So, what does that mean exactly? She means the excessive (and uncontrolled) use of pesticides and fertilizers leads to soil degradation and nitrogen pollution of underground water. It is also harmful towards local flora and fauna, not to mention how they are potentially toxic to human health. If you want to read more about how pesticide in food is harmful to one’s health, here is an informative read.

In recent years farming through the use of hydroponics has become increasingly popular worldwide (hydroponics is a method to grow plants in water based, nutrient rich solution that does not use soil). In Lebanon hydroponics farming is still a very small share but is steadily growing, especially since it can combat the problem of lack of farming land in the country. Andraos points out that with hydroponics the main advantage is fewer pests. Without soil and no weeds around, the crops attract less ‘intruders’, however farmers are still using small amounts of synthetic fertilizers and pesticides.

“While it uses less pesticides than conventional farming, it is not organic in Lebanon, explains Andraos. “In the near future we hope organic hydroponic farming will be practiced in the country.”

When you hear the term ‘baladi’ to describe a yield, it has a very ‘broad’ connotation in Lebanon. Baladi can be confusing to the end consumers if they want to know the type of farming method applied, explains Andraos. “Primarily, baladi is a term used to describe fruits and vegetables that are locally produced and not imported,” Andraos continues. Baladi can however be practiced in an ‘organic way’, depending on the farmer and the individual methods used by each one, but usually it does not come certified in Lebanon. “Baladi is misleading unfortunately, says Andraos. “It can be products that are produced organically or it can be conventional. It’s a gamble – you need to have ‘trust’ in the supplier who is not certified.”

A growing practice in Lebanon, that is a kind of ‘halfway point’ between conventional and organic farming is integrated production (IP), which is also referred to as integrated farming. Some of the imported conventional fruits and vegetables to Lebanon (mostly those that come from Europe) are IP certified. Adraos explains that IP allows a very limited use of synthetic pesticides. “The ideal transition is to go from conventional to organic, but organic is still too expensive for most consumers and not cost effective enough for most farmers.” In the meantime IP is an ideal middle ground, Andaos tells us. “We are still able to protect the health of consumers and farmers while preserving the environment. IP allows local farmers to still lower their cost of production while producing crops with less pesticide residue.” How so? Basically farmers are being encouraged and taught to shift from the rampant excessive and uncontrolled use of pesticides to more targeted application and minimal use of it. “For example, at GNFF, the conventional growers we are working with are shifting to natural pesticides, along with the use of mechanical devices (such as fly traps and nets to cover orchards) first. Over time if this does not work for the farmer, we then allow the use of small amounts of synthetic pesticides in a highly controlled manner.” This more ‘responsible’ way to approach farming is now being increasingly encouraged in Lebanon. Being IP certified will also facilitate more Lebanese produce to be accepted for exports, especially in markets like the Gulf and Europe. So, how will we know if a Lebanese product is IP, we ask? “Just like certified organic, it will also have a label,” answers Andraos.

Well, that pretty much covers it – an introductory guide on current agriculture practices in Lebanon. Hope it was informative and useful. If you have any useful information about agriculture in Lebanon, please share with us; we would love to know what you have to say! Remember to always choose responsibly sourced food, which is free from pesticides, additives and GMO’s as much as you can. It is healthier for you and for our planet!