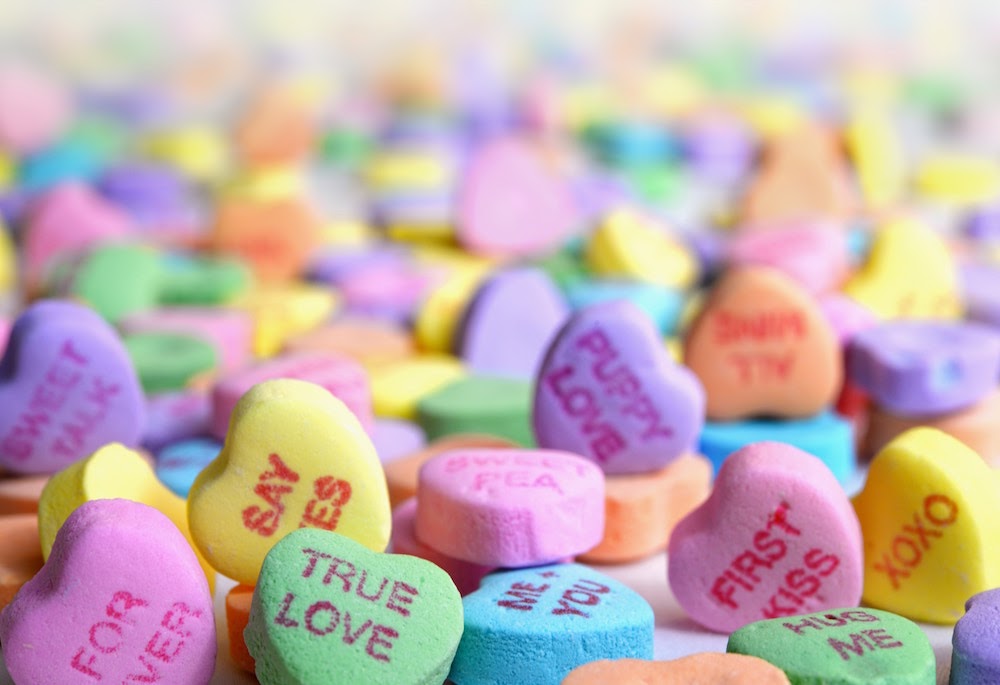 The spirit of Valentine’s Day is in the air. A time when tradition has us bestowing chocolates, flowers, and gifts to our significant others and celebrating love in all its forms.

Of course, what makes love so special is that there isn’t just one way to celebrate, and there are actually plenty of iterations of love festivals and unique Valentine’s Day rituals all around the world. Some rituals are ancient, that date back to before recorded history, and some are new that are continuously evolving with the times.

By the way, if you’re looking for some non-materialistic ways to celebrate Valentine’s Day, then check out our article on celebrating with gratitude and affirmations!

Valentine’s Day doesn’t get much sweeter than in Argentina!

Well known as South America’s “Capital of Romance” Argentinian’s are so enamored with Valentine’s Day that they’ve set aside two separate occasions each year to celebrate.

While still a newer holiday in the country, in keeping with custom Valentine’s Day is often celebrated on February 14th in Argentina. During this time, lovers exchange flowers, presents, and candy, and take each other out on dates.

But July is when sweethearts really get to lay it on in Argentina. For seven full days every July, Argentinians celebrate Sweetness Week, during which time kisses are exchanged for candy, there are tons of parties, and relationships of all kinds are celebrated.

To cap it all off, Sweetness week ends every season with Friendship Day — a special day set aside for celebrating friendships. Keeping with tradition, Valentine’s Day is regularly celebrated on the 14th of February in Japan. However, this country gives the holiday its own little twist.

On February 14th, it’s up to the ladies to dole out the chocolate. For significant others or prospects, they give out high-quality chocolate, known as honmei-choco (which translates to true feeling), along with a thoughtful handmade present. Meanwhile, for their coworkers and acquaintances, they hand out giri-choco, which is essentially obligation chocolate.

But the boys don’t get let off the hook that easy. A month later, on March 14th, it’s up to them to return the favor on a special day known as White Day. Those who received honmei-choco on Valentine’s Day are expected to buy their partners presents such as jewelry or lingerie to express their love.

Celebrated much like it is in the West, Valentine’s Day is one of the most commercialized holidays in the Philippines. Shops decorate with paper hearts, chocolate is given out, and it’s a day to celebrate love.

However, because of the high cost of weddings, Filipino’s also use this time to get married en masse. During the month of February with Valentine’s Day as the focal point, hundreds of couples join forces to get married at the same time.

The government often sponsors these weddings and provides free flowers, venues, banquets, rings, and a wedding cake. The only things the couple has to take care of is the wedding registration and any formal attire they may choose to wear.

While it seems extravagant, these mass weddings are meant to provide a lovely service for couples who can’t afford a big extravagant wedding on their own. Plus, they get to celebrate their love with hundreds of others doing the exact same thing! With traditions steeped in folklore and tradition, Slovenia celebrates love in a couple of different ways.

The traditional Valentine’s Day on February 14th is recognized in Slovenia, but it’s really March 12th — Saint Gregory’s Day — that takes the cake.

Before our modern-day calendar came into effect, March 12 was known as the first day of Spring in Slovenia, and it was believed that on this day, birds would propose to one another and get married. Then, when a girl looked up into the sky, the first bird she saw would be the type of husband she would one day marry.

As with many ideas of Spring, March 12th was chosen as it was when they noticed the days would begin to get longer, plants would start to green up again, and the workers would head back out to the fields.

While Valentine’s Day is traditionally upheld on February 14th in South Africa – with flowers, chocolates, and gifts being exchanged, and restaurants and pubs filling up for the occasion — South Africans give their own spin on these traditions and wear their hearts on their sleeves, literally.

Passed down from a ritual of the ancient pagan/Roman festival “Lupercalia”, young girls pin the name of their love, or object of their affections, on their sleeve for the day.

Of course, this is an extremely tamed-down version of the original Lupercalia, during which time goats and dogs would be sacrificed in order to keep evil spirits away, purify the towns, and bring about health and fertility. When was the last time someone gave you a wooden spoon to show their love? Personally, I can’t say I’ve ever received one but, if you’re Welsh, your answer would probably be January 25th.

Instead of celebrating Valentine’s Day on February 14th, the Welsh celebrate their own patron saint of love, St. Dwynwen, on the 25th of January. During this time, young men give beautifully carved wooden spoons (aka love spoons) to their beloved.

This practice actually dates back to the 16th century when sailors who would hand carve gifts for their significant others while out at sea. They would carve various patterns into these spoons, each with a different meaning, and give them to the people they admired.

Today, this tradition carries strong even outside of January 25th as these love spoons are also given as gifts for weddings, birthdays, and anniversaries.

Ah, the country of love. If any country knows how to do Valentine’s Day, it’s France. Well, it is today, anyway. Back in the day, things were a little more off-the-wall.

Centuries ago, there was an annual event in France called the loterie d’amour (which translates to lottery of love). During this time, men and women would fill houses that faced each other, and then take turns calling one another out and pairing off.

Which was all fine and dandy at the outset, but men who weren’t satisfied with their match were allowed to leave their first woman for someone else, and this didn’t sit well with everyone. In fact, at the end of the matching process, all the unmatched women would gather around a giant bonfire, get rowdy, and burn photos and swear at the men who had dumped them. The event ended up getting so out of hand that the French government eventually banned it.

It should also be noted that France is also the country in which the Valentine’s Day card originated.

When Charles, Duke of Orleans, was imprisoned in the Tower of London back in 1415, he would send love letters to his wife, Bonne of Armagnac, and used the word Valentine.

Of course, this sounds romantic at the outset, but their relationship was anything but conventional by today’s standards (it’s worth looking up the story).
Today, Valentine’s Day in France is done in a fashion we are all more familiar with – one in which chocolates, flowers, and candlelit dinner abound. While the Chinese don’t traditionally celebrate Valentine’s Day, they do have a festival equivalent, Qixi. Celebrated on the seventh day of the seventh lunar month, Qixi is a seven-night festival in which women prepare offerings of fruit to the Goddess Zhinu in hopes of finding a suitable partner.

In Chinese folklore, Zhinu was the daughter of a heavenly king who fell in love with Niuland, a peasant. They ended up getting married and having twins, but when Zhinu’s dad heard about this, he brought Zhinu back home. However, when her dad heard Niuland and the kids crying for Zhinu, he made a compromise to allow Zhinu and Niuland to meet once a year – an event that became known as Qixi.

During this time, in addition to the melon offerings, couples will also pray for happiness before going out at night to watch the stars Vega and Altair (representing Zhinu and Niulang), as they come close during their annual reunion.

Given that Brazilians celebrate Carnival right after Ash Wednesday, a traditional February Valentine’s Day is usually skipped for a more raucous affair later in the year.

On June 12th, Brazil celebrates Dia dos Namorados, which translates to lover’s day. This day was chosen as June 13th is Saint Anthony’s Day, who is the patron saint of marriage.

On Da dos Namorados, people exchange the usual Valentine’s-related fare with their loved ones, and also kick it up a notch and exchange gifts with their families and friends too. Additionally, there are also plenty of music festivals and performances during this time as well.

On Saint Anthony’s Day, if they’re single, people will usually follow up Dia dos Namorados with rituals in the hopes that he’ll bring them a lover. In Taiwan, it’s all about the flowers on Valentine’s Day!

While Taiwan does celebrate the holiday on February 14th, they’ve added in another Valentines-esque day on July 7th which intertwines with the Chinese festival Qixi. On these days, men give bouquets of flowers to their significant other, and the colors and number of the flowers mean everything.