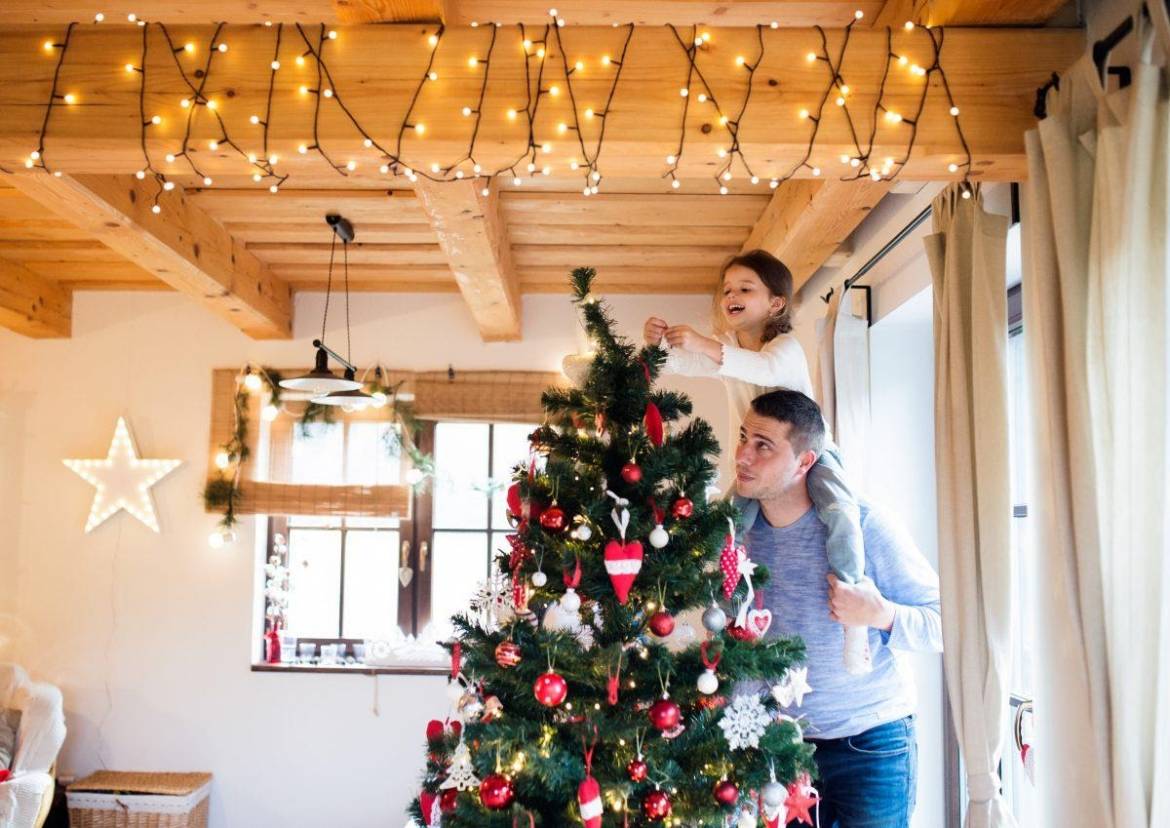 Previous item 10 Ways to Maintain a Calm... Next item Everyday Exercises to...

The Not So Traditional Christmas Traditions

For many of us Christmas is a yearly joyous occasion uniting family and close friends. Eating hearty meals together and exchanging gifts is commonly practiced in Lebanon and in many parts of the world. However, in some countries unusual celebrations take place which can range from the charming to the just plain wacky! For some holiday cheer, we thought to share some of these practices with you. So, here are eight unconventional traditions that take place this time of year….

Our First stop is in Venezuela. If you plan to attend Christmas mass in Caracas you better be fit! This is because it is common practice for people to roller skate to the church from their homes. In fact, the city’s streets are officially closed to traffic starting at 8 am on the 25th of December, so that the skating congregation can arrive to mass safely. It is said that children even sleep with one lace from their skates tied around their toe while letting the other end hang out of the window. The next morning, the early risers give a tug to any string they see hanging out of a window to remind others to get up and skate with them! The winter is also relatively mild in Venezuela which makes it pleasant to skate outdoors. After mass, the city dwellers normally enjoy their first cup of coffee and share a meal together. This is a great way for families and communities to unite while getting a great work out, don’t you think?

In Ukraine, Christmas can be mistaken for Halloween when you see how they decorate their trees. That’s because it’s covered in ornate cobwebs and sparkling spiders! The story goes that a poor widow and her children grew a Christmas tree right from a pine cone. Once the tree was big enough to be decorated for the holidays, they found themselves strapped for cash and could not get any ornaments. Then, on Christmas morning the family wakes up to find that spiders have covered their tree in glittering webs making it look even more beautiful than their neighbors’ trees! Ukrainians commonly decorate their trees with various spider web ornaments as a reference to the tale. These decorative spiders are also a symbol of good luck! Down under in New Zealand the Kiwis care less about the pine tree and rather embrace their own native Pohutukawa as their symbol of Christmas. It so happens that this gorgeous tree blooms with bright red flowers during the months of December and January (the summer season in New Zealand), so along with its green leaves, it beautifully captures the spirit and colors of the occasion. The Pohutukawa tree (Metrosideros excelsa) also plays an important role in Maori mythology, where its flowers represent the blood of a young warrior who disappeared while trying to avenge his father’s death. As you would guess this tree is frequently featured on New Zealand’s holiday greeting cards. Having a real tree during festivities (as opposed to a fake tree made from PVC plastic) is definitely better for the environment too. However, whether to go for a fake tree or a real one is quite a tough call for many of us. You may want to check out this informative argument for both types of trees, to know how to go about this dilemma allowing you to make the best decision. 4. A Meal of Creepy Crawlies

Over in South Africa juicy caterpillars (sundried Emperor Moth Caterpillars to be more exact) are fried and served on Christmas Day. Apparently, they have a flavor similar to tea and are actually nutritious. This dish of crispy caterpillars may not be for the fainthearted, but they are a great source of protein. These caterpillars are normally harvested in December so they are eaten fresh for Christmas, but they are also preserved to be eaten throughout winter. The locals typically like to fry these worms with a combination of tomatoes, garlic, peanuts, chilies and onions to enhance the flavor. Bon appetit.

Okay so this is a strange one, just warning you guys! The people of Catalonia, in northeastern Spain, have this bizarre tradition called Caga Tio, which translates to ‘defecating log’. Basically, the locals get a hollowed-out log with a smiley face painted on one end. The Caga Tio also wears the Catalonian traditional red hat (the equivalent of Santa Claus). The idea is that this log is being managed by the children of the house from the 8th of December up until Christmas Eve. They typically cover its rear end with a blanket (to keep it warm, of course) and ‘feed’ it with fruits, candy and nuts. The more goodies they fill it up with the more items the log will ‘poop-out’ for Christmas! Similar to a piñata, the children eventually ‘beat’ the log with a stick so all the goods fall or ‘poop’ out on Christmas. Okay, so Santa Claus is supposed to be this jolly overweight character. That’s what most of us think anyway. He also brings joy to children by fulfilling their wish list of treats and gifts. However, in Austria a frightening figure with no presents to spare comes to see the kiddos. This scary Santa is called Krampus, derived from the German word ‘krampen’ which means claw. Krampus, who is a mythological figure in Austria and other Central Eastern European countries as well (mainly, Germany, Hungary, Slovenia and the Czech Republic), comes to see children that have been bad all year in order to punish them during Christmas. It is said that Krampus was created as the ‘evil twin’ of the kindly St. Nicholas, who rewarded good children with sweets.
Today, men in costumes featuring giant horns and channeling a half-goat half-demon character can be sighted prowling through the streets chasing giggling children and their parents, while playfully poking them with sticks. A pretty amusing sight, no?

If you live somewhere cold in Winter, you would normally turn up the heat while at home. If you are lucky enough to have a real fireplace in your home, you can light it up on Christmas and create a lovely atmosphere for you and your guests and practice the Yule Log. In fact, this European tradition dates back hundreds of years, where families would bring the trunk of the Christmas tree inside and stick it in the fireplace. The Yule Log would typically burn from Christmas Day throughout the night and smolder for 12 days until the 5th of January. In the United States a TV tradition of the Yule Log began in the 1960s. It originally aired on Christmas Eve where viewers would look at the screen featuring a fireplace burning with Christmas music playing in the background. Today, for those who don’t have a fireplace, they can enjoy Yule Log on TV and there is even a version of it on Netflix! 8. Surfing Santa Down Under

We kind of expect Christmas to be on a cold snowy night where we are all cozy and warm inside the house. But if you live in the Southern Hemisphere, well, that’s not your scene really. Strolling on the beach or surfing while wearing Santa hats is a common sighting in Australia on Christmas day. In fact, a few years back in Sydney’s Bondi Beach, 320 people dressed in full Santa costumes took part in a surf lesson all at once, making it into the Guinness book of records (for world’s largest surfing lesson). Let’s just say Christmas is not a ‘one size fits all’ occasion and that’s what we love about it! Well, we hope you enjoyed reading about these Christmas traditions from different countries. Finally, from the team at
The Wellness Project, we want to wish you a peaceful and a happy holiday season! We also wish to thank you for your support and interest in our mission all throughout this year. See you all soon in 2020!