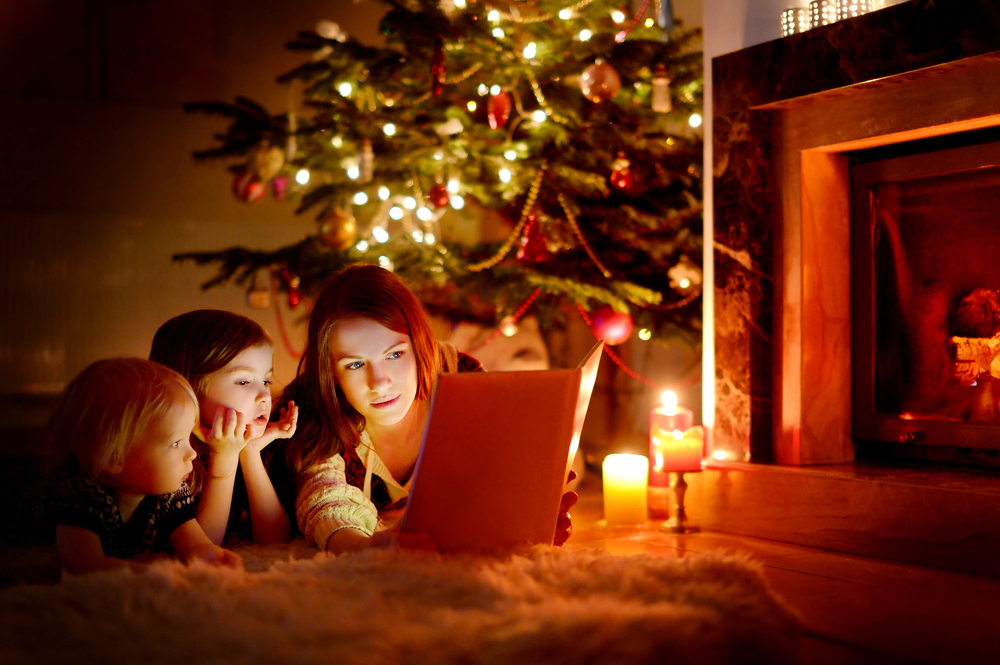 Previous item The Spirit of Giving (in... Next item Making Mindful Resolutions...

If you’ve ever seen images of Iceland, it forever appears to be surreal, something out of a fairytale book that whispers ‘other-worldly’. The below image captures the real magic found within nature, a landscape that turns into a winter wonderland with snow covered volcanoes and hot springs that inspire tourists every year, all year round. Iceland is a small yet fascinating country, one that courageously overthrew its government, rewrote its constitution and started putting bankers in jail (yes, that’s right, more on that here). It’s not just the “pots and pans revolution” that makes it interesting, it’s also the fact that it’s mandatory to have some musical training in public schools, moreover they rank number one for gender equality, and also generate 100 % of their electricity from renewable resources. We could go on and on, but one captivating thing they do every Christmas Eve has a rippling effect on many levels: books are exchanged! How simple is that for a gift-giving tradition? A book, not an e-book, is a tactile, treasurable object that you hold in your hands to venture off into another land. In this ancient Norse land, no larger than the state of Kentucky where mosquitoes are non-existent, they participate in something called Jolabokaflod, known as the “Book-Flood-Before-Christmas.” This tradition has been practiced for decades now. In the city of Reykjavik, literature is celebrated throughout the year with hundreds (that’s right) of events, enchanting writers, readers, and illustrators of various ages. One author in his 80s, Gudmundur Kristinsson, who believes he can talk to the dead, completely sold out his book two consecutive years in a row! It’s never too late to write a book, right?

According to Unesco, between late September until November, publishers deliver new books in vast numbers not only to bookstores and libraries, but to cafes, bars, schools, workplaces, and the media actually promote them in diverse ways. They even have a popular TV show called Kiljan, which solely focuses on all things book related. Although Iceland is small, just over 300, 000 people, it publishes more books per capita than any other country. There has been a literary heritage that goes way back to medieval times with the well known “Sagas of the Icelanders” and the “Poetic Edda,” still translated and in circulation today! Reykjavik, their one and only city, was officially declared City of Literature by UNESCO back in 2011.

According to one writer, Hildur Knutsdottir of  The Reykjavik Grapevine, this tradition initially started way back in World War II. The story unfolds that, as a result of currency restrictions imposed during the war, the government limited the amount of giftware imported into the country. Knutsdottir claims that “the restrictions on imported paper where more lenient than other products, so the book emerged as the Christmas present of choice. And Icelanders have honoured this tradition ever since.”

Just before the book flood begins, every Icelandic home receives a catalogue of new publications called the Bokatidindi for free! And Icelanders really do love their books! So the flood begins, with hardcover books as the gift-giving choice while paperbacks are reserved for personal, purchased books. For Icelanders, a book is a precious gift! After all, you are giving someone a book that may change their life, that may open a whole universe that could possibly enchant, engage and touch someone to the core! It is said that books are given on Christmas Eve, the night of the 24th, when readers spend their night curled up with a book, hot beverage and maybe some chocolate too. How cozy is that?

This book flood has enhanced this small country enormously, unleashing an avalanche of creativity that engages writers, readers and illustrators. The president of the Iceland Publishers Association, Kristjan B. Jonasson, states that “there is some kind of a myth that people like to tell here, that every Icelander dreams about writing a book. And sort of 50 percent of those who dream of it actually do it. Before they die they try one way or another to write a book.” Self-publishing really does exist and some of the publishing houses have now used different strategies for releasing publications at other times of the year to balance the flow of all things. It is said that 1 out of every 10 people write a book in Iceland! Pretty impressive to say the least. This honoured book tradition from Iceland is so simple yet enormously enriches the culture and lives of Icelanders. It’s a worthy gift-giving idea that not only brings joy but is also affordable, engaging society in the most constructive and creative ways. Iceland truly is a fascinating place where education is free, where they still believe that elves and trolls exist, where the first female president in the world was elected in 1980, and probably the only comedian and ex-punk rocker, Jon Gnarr, served as a mayor of Reykjavik between 2010-2014. Oh, did we mention that it’s a place where it’s still a custom for mothers to leave their babies outside to nap for fresh air?

That’s all, folks. Please feel to share any book titles that knock your socks off! We’d love to hear from you and to share them with other readers of The Wellness Project. Happy book shopping and don’t forget to support your local Lebanese writers this Christmas, ensuring the creative output in our region thrives and stays alive!