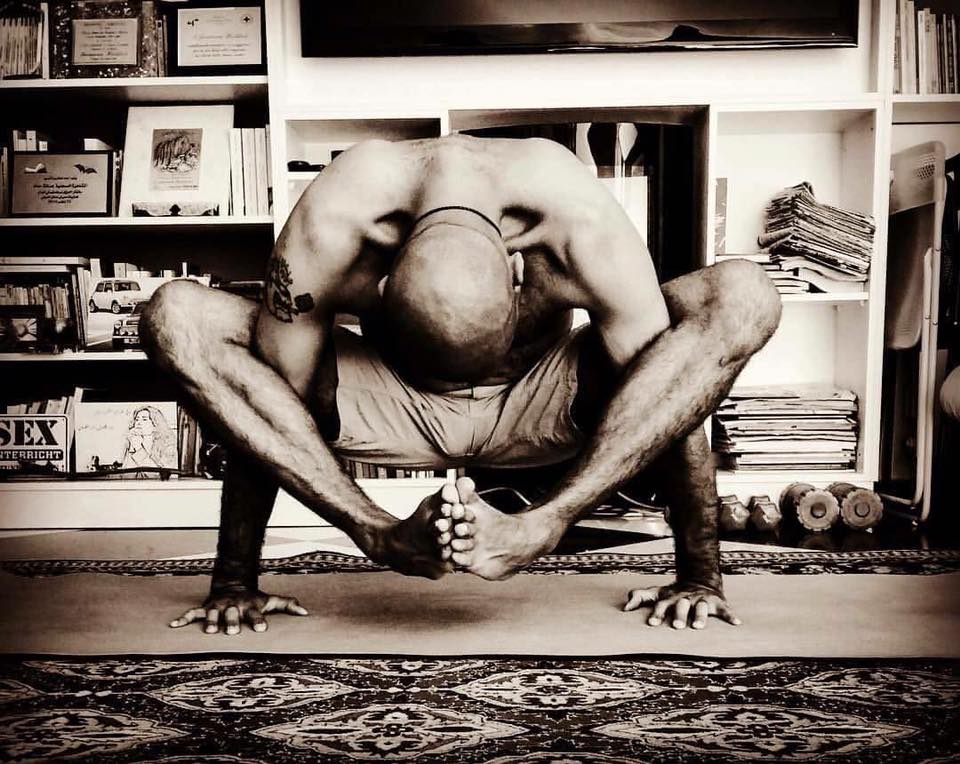 Yoga, Meditation and Mindfulness In Prisons In Lebanon

Lebanon is changing rapidly, almost taking quantum leaps in terms of a shift in consciousness and perceiving new possibilities in the face of old challenges. Activities like yoga, meditation, mindfulness, nature hikes, and healing modalities are spreading like wildfire. Add to that organic farmers and products, vegetarian and vegan restaurants, gluten-free bakeries alongside environmental initiatives taking place in various domains from eco-fashion to recycling old furniture or glass to World Cleanup Day this September 15th (don’t forget). “The Times They Are a-Changin’,” as Bob Dylan told us! Even the skeptics and naysayers are starting to see unconventional approaches, ideas, and new leadership taking shape in Lebanon.  Some of the older generation paved the way (pioneer figures) and now the younger generation is expanding those pathways and adding their contributions to better society and offer alternative solutions to existing problems. One particular yogi The Wellness Project met up with recently is Bachir Ra. After completing his yoga training, he began to “see the light” in his own life, acquiring a real sense of faith that the future is bright and filled with endless possibilities if we take care of the present moment. Bachir is an individual who shares his love for yoga, meditation and mindfulness in unique ways throughout Lebanon.

One day while meditating, an inspiring idea came to him: “Why not bring this ‘light’ into prisons, the one place that seems to be void of this?” Of course, the idea was linked to a personal experience he had. His father was once in prison for one year and was unable to see the light at the end of the tunnel. Bachir embarked on a journey to work with prisons in Lebanon in 2016, hoping to bring this ‘light’ to those who needed it, and personally viewed each inmate as his own father.

He worked with various NGO organizations and the International Red Cross to provide the various prison facilities with proper equipment to work with; along with everything else they needed like books, fans, microwaves, washers and even nurses.  These organizations gathered money for bail at one point and offered lawyers when they could. He claims that inmates really have most things they need.

There are over 20 prisons in Lebanon. There are many people who are innocent, imprisoned for no ‘particular’ reason, as well those who have committed actual crimes. Bachir understands that “we all make mistakes,” yet that should not limit us in anyway and there are techniques in which we can transform our lives, even in prison. Besides, Bachir states the key element on their side: “there is one thing that all inmates have, and that is time, time to take care of their bodies and minds.”

“It was not an easy path. I had to deal with lots of resistance at the onset by the inmates and guards; you really have to earn everyone’s trust. They mocked me at first, trying to break me in any way they could, but I persisted, “ claims Bachir. “There are actually two prisoners in prison: the inmates and the guards. They both need to be understood rather than judged. Guards work long hours in a challenging system and rarely have time to see their own families, so frustrations build, and inmates face their own sense of injustice and inequality. It’s not a perfect world and everyone needs to be respected and treated well.”

The inmates were simply offered an “exercise class,” with no mention of meditation, yoga or mindfulness. No chanting Om, but rather following the exhale with a “ahhhhh” release sufficed. It took him six months to gather 83 inmates, offering his “exercise class” twice a week. Soon, other inmates joined. After one year and three months, he gave his first meditation class. He didn’t bother to call it meditation, but an exercise to “just think about someone you sincerely love on every inhale, and exhale that love out. There is no need to call it meditation, you just simply tell them that they’re focusing on breathing and slowing down their mental thoughts while opening them to love.” In fact, he circumvented all references to terms like yoga, mindfulness, and meditation until further down the line to avoid all forms of labeling or discrimination.

Mindfulness is taught through “discussions revolving around choices.” He told them, “we always have a choice of how we are going to react to situations, and this is truly the power that you have in prison. You have the power to build your future right now while you are here, so use this to change your future. Jail is really not just about 4 walls, prison is an idea, and meditation can offer you a window into another state of being where you can find peace, forgiveness, and take back control of your life since you have the time to do so.”

He continues to visit many prisons and he goes when he can. It requires a sacrifice, he has to volunteer his time and he never gets anything out of it other than the sheer pleasure of helping others while discreetly sharing the philosophy of yoga. Bachir enjoys the process and loves to see the transformation of inmates. Putting this program together required the help of many people working in various organizations to bring it where it is today, with more obstacles to overcome. As he mentions, “it takes many people coming together to achieve this.” He sincerely wants to help others, as he felt that he never really received much help in his early life. Don’t we all need a bit of help and support in life? He’s currently working with one new male yoga teacher who is participating in this project and is establishing his own NGO in order to make things easier to accomplish this work. He has to train the yoga teacher for one month, as inmates will put the yoga teacher through various tests. Bachir must ensure that the teacher will be safe while volunteering to do this kind of work and he does not have many yoga teachers willing to go through the process. His next mission is to train a female yoga teacher, so that this program can be offered in female prisons as male teachers are not permitted entry.

His mission has been successful and the work continues, hopefully expanding with more help. Former inmates visit his yoga studio, Beit Ra, while reorienting back into society. He also has one former inmate enrolled in his Yoga Teacher Training program. Change is possible and offering yoga, meditation and mindfulness as a way to rehabilitate inmates in Lebanon is a worthy cause. This form of therapy is practiced in various North American and European prisons, as the results prove to be transformative. Now that Bachir has established this program with adult inmates, he recently decided to start with the “seed” as he calls it, referring to children. He created a mindfulness meditation program at Eastwood International School in Mansourieh. “It’s much easier to start with children, they absorb information like sponges; it’s more challenging with adolescents,” he says. Bachir continues to create new opportunities to infuse his practice in distinctive ways, like the Cancer Support Group that he started at BeitRa, where assistance and support is offered to those who are dealing with cancer. He also collects donations of food and clothing for those less fortunate, such as the poor or homeless.

That’s all, folks! We hope this article inspires and encourages you to contribute your beautiful gifts to the world right here in Lebanon, making it a better place through actions and deeds.

All images are sourced from Bachir’s page and for more information: https://www.facebook.com/BachirRa/