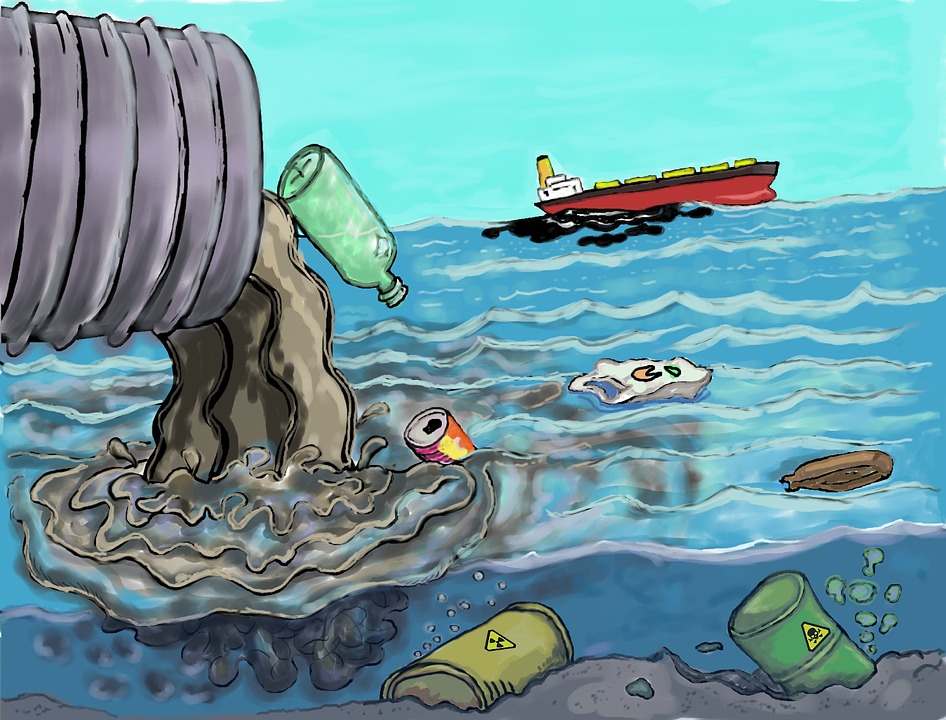 Previous item Do You Think Trees Can... Next item Want to Make Sure Less of...

Did You Know Our Sea is a Sewer Now? Lebanon, It’s Time to Talk

We have a lot to worry about in Lebanon. I could make a list, but we would be here all day, and it would be unnecessarily depressing. We also have incredible riches: our resilient communities that adapt and thrive under duress, our vast cultural heritage, and our food, to just touch on the very obvious ones. However, our greatest treasure, the thing that frames everything about us and around us, good and bad, is our environment: our natural resources. Pollution and the degradation of our air, mountains and trees have been hot topics over the years, and they continue to need desperate attention. What we are going to address today though, is our coast. More specifically, we need to talk about our impact on the sea that meets it.

Before I start that urgent discussion, I want you to watch the prequel to Blue Planet II. Trust me, you won’t regret it.

How did that make you feel? Full of awe and wonder? Reverence? Regret? Did you have a sense of your utter smallness? For me, it’s this quote that comes to mind, from The Solitaire Mystery by Jostein Gaarder: “…it’s not every day you realize you’re a living planet dweller on a little island in the universe.”

We can’t survive without our oceans. They are the primary support system of life on earth, and cover 70% of its surface. From the knowledge we currently have, they are our largest ecosystem, accounting for 80% of earth’s living organisms. They are the source of 50% of our oxygen. They are the cornerstone of our climate systems, and the barometer of our planetary health. And as of right now, that health is not doing too well.

Figuring out how to conserve our oceans might be the most important task we have as a species. More than that, it might be the primary thing that actually preserves our existence. We have also never been better equipped to deal with this. Collective action the world over has been growing and it has become a central topic among conservationists and government bodies. And there are a whole series of things you can do to participate in this process on a global level. But let’s start closer to home. Let’s talk about Lebanon.

It’s also unlikely it’s escaped your attention. There’s been a lot of stir since the garbage crisis began in 2015, and the different actions taken or lack thereof have made a splash in the news with some regularity. But that doesn’t mean it’s really been sinking in. It’s just another piece of bad news to add to the pile, right? Not. Right. The way we respond to increasingly horrific situations in Lebanon is both our strength and our weakness. What I said at the beginning, about our resilience and ability to adapt? The flip side of it is that we push through some things and ignore them for the sake of surviving, but they keep growing towards our destruction, just outside the edge of our awareness. Some things need immediate attention. This is one of those things.

So I’m not going to recount the downward spiral into a coastal crisis for you, because that has been done by others and done well. Have a little Google browse for those harrowing details. I do want to pull out some of the highlights though, and put things into perspective.

When authorities claimed to have solved the garbage crisis in 2016, most of the trash was shifted to coastal dumps that have since been contaminating our shoreline. Marine life is being poisoned, and most of our beaches are objectively too toxic to swim in. The nature of tides has also meant this has made its way down the Mediterranean, causing notable outrage from numerous countries and calls for sanctions and direct action. Reports have stated that over 2 million tonnes of toxic waste have been dumped into our waters.

Fishermen are collecting garbage in their nets, and have repeatedly complained that their livelihood is suffering as increasing numbers of fish are found floating dead. As if the country can afford further economic hits, all the coastal business that rely on the beaches, from restaurants to beach resorts, are impacted too. We have yet to evaluate the effects of the toxic water on repeated swimmers, nor on those of us still the eating fish caught from it. I’ll guess it wouldn’t be good. The director of the National Center for Marine Sciences has stated that the lack of wastewater infrastructure in Lebanon has lead to in excess of 53 sewage pipelines pouring into the sea, untreated. You’re swimming in shit. Literally. Think about that next time you take a dip.

So what can you do?

Policy makers and politicians need to feel the pressure. Yes, there is international outcry, but that hasn’t really done the job yet. Yes, amazing local private organizations and NGOs have continued to try to pick up the slack and do amazing work. But citizenry needs to care, and care a lot. This is an environmental issue, a health issue, a tourism issue, and a fishery sector issue that impacts all the towns dependent on it.

Hassle them all. Clog up their phone lines and inboxes.

Complain to members of the municipal council.

Just make a big deal of it. Talk about it on Facebook. Pressure schools to prioritize it in discussions. Find out which organizations are doing legwork like this and donate to them, volunteer with them, ask them how you can help. Find the activists. Follow their lead too.

You’re a living planet dweller on a little island in the universe. That’s pretty awesome. Make it count.