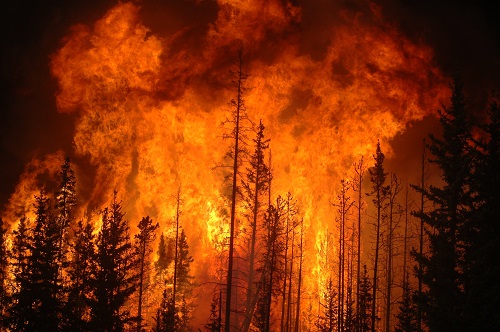 Previous item 3 Ways to Help Your... Next item 12 Amazing Things You Need...

These trees are the ‘lungs’ of the country, our source of clean air, rich soil, and biodiversity. However, with the many other sources of social and political concern in Lebanon, our attention and resources are often directed away from the beautiful landscape we live on. Unfortunately, that landscape, and the trees that cover it are in serious danger.

The Impact of Forest Fires

Rapidly spreading and increasingly common forest fires have been devastating our national forests across the country. According to the Association of Forests, Development and Conservation (AFDC), we have gone forest covering 35% our land in 1965, to 13% in 2007.

Today this number continues to drop, and 2007 reports estimated that we will have lost all our forest land in under two decades. An average of 1500 hectares of forest are affected by fires annually, but these rates have spiked increasingly, with 4000 hectares lost in 2007, 4661.26 in 2010, and higher than normal numbers in 2016 as well.

In each of these instances, the equivalent of nearly two decades of tree planting were lost in a day. With them go countless species and the livelihoods of many of our communities. It has been called a national emergency. So what can we do?

Although we are more susceptible to forest fires because of the increasing temperatures caused by global warming, alongside urban development and pollution, the fires themselves are largely a result of human negligence.

Here are some of the main causes of forest fires, and things you can do to help prevent them.

Make sure the conditions are safe to have a campfire. Check weather conditions, and never build a fire in windy weather, particularly in dry months. Always take safety precautions, such as clearing the area of dry debris, keeping the fire small and contained with rocks and stones, and having sand/soil or other means of putting the fire out accessible.

Only burn organic matter, and only within confined areas following the same protocols as listed for campfires. Burning garbage with chemicals and combustible matter, aside from other environmental impacts, can be a real danger and difficult to put out if it spreads.

Removing trash whenever possible is another important measure to reduce the spreading of fires. You can also help by putting out any small fires you see on the roadside with sand or soil, and contacting the necessary authorities.

Note that it is forbidden by Lebanese Law to burn even yard waste (such as plants, shrubs, grass etc.) from July 1st until October without a permit.

Fireworks should always be appropriately used, in spaces far from forested areas. They should be avoided particularly in the drier summer months and in windy weather.

Make sure it’s out. Don’t leave butts on the ground in forested areas. Enough said.

Something that is often overlooked is the fact that the heat from vehicle exhaust can cause dry plant matter to ignite. Avoid parking and leaving the car running in and beside forested areas. In fact, dry matter such as leaves, pine cones, and dead branches are a source of concern in general, and pressure should be put on respective municipalities to clear them. This greatly reduces risk and speed of fire spreading.