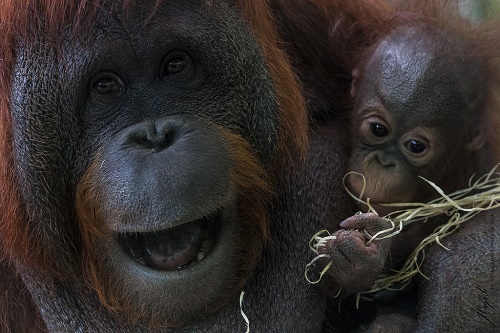 Previous item 7 quick tips to reduce... Next item What is Kimchi and Why is...

Palm Oil: The Hidden Ingredient with Huge Impact (And 4 Reasons to Delete It from Your Diet)

Palm oil originates in Western Africa, and is extracted from the palm fruit. In recent decades, production has flourished across tropical climates, predominantly in the developing world, with 85% being exported from Malaysia and Indonesia.

It makes up more than 40% of vegetable oil production world wide, and is found in nearly half of all household products, particularly packaged goods (mostly snack food, cereals, baked goods and sweets), toiletries, cosmetics and cleaning products. This can make it a challenge to avoid, but not impossible.

Here are 4 major reasons why the effort will be worth your time. The animal most impacted by palm oil production is the Orangutan. They are murdered in massive quantities, with 50,000 reported to have died as a side effect of the deforestation required for palm oil plantations. At the current rate, they are expected to become extinct within a decade, so avoiding this product literally helps to save their lives. However, they are not suffering alone. The Sumatran Tiger, and 300,000 other living creatures found in the jungles which are targeted, are dying due to loss of habitat and increased visibility to poachers. As shown in the first point, deforestation has a massive impact on wildlife and biodiversity, with habitat destruction source. Deforestation through clear cutting and slash and burn techniques is also said to account for 10% of CO2 emissions caused by humans, making it a significant contributor to global warming. By taking a stand on your palm oil consumption, you are protecting animals, trees, and the air we breathe. An often and tragically overlooked impact of producing and consuming palm oil is the direct consequences it has on people. Despite arguments for the millions of people the palm oil industry provides employment to in the developing world, this employment comes at a cost, concealing unspeakable corruption.

Some of the largest palm oil producers are notorious human rights violators, turning a blind eye to or directly facilitating human trafficking and bonded child labor in their plantation workforces. They also are the cause of massive displacements of indigenous people in Borneo, Malaysia, and elsewhere, with corporations taking over the land and resources they have depended on for generations. This makes palm oil a social justice issue of far-reaching proportions. And last, but not least, Palm oil has recently been at the center of numerous health concerns. Although palm oil in its fresh form contains many health benefits, when it goes through processing, and most notably if it is heavily refined at temperatures over 200 C, it becomes oxidized. In this state, the European Food Safety Authority found it has the potential to generate more potential carcinogens than any other vegetable oil. Regardless, once oxidized, it is still known to create toxicity, to be high in heart-risk saturated fats, bad for cholesterol, and a cause of low-grade inflammation.

So, even though palm oil has become so common in products that we consume, seeking out ways to avoid it is a powerful way to send a message. Because of the pressure of consumers and environmental organizations, movement toward ethical and ecological palm oil production is beginning. That needs to continue, and fast.

Check this list of everyday products that contain palm oil to get yourself going, and the powerful video on conflict palm oil below.