Previous item 5 Brain Boosting Tips to... Next item Save Our Strays is...

4 Lebanese Women Who are Speaking Truth to Power

Lebanon is going through an ego death. A dramatic, apocalyptic moment of reckoning that is humiliating civil society and beggaring our sources of meaning. Is that waxing a bit dramatic? For once, I think I’m actually under selling it.

In the midst of this death, there are midwives working hard on birthing something beyond our limited imaginations. They are trying to drag those who are still unwilling, self-sabotaging, apathetic…kicking and screaming into something entirely new.

We’re hoping the amniotic sac is going to rupture any moment now people, and before I run this metaphor even further, I’ll get to the point: We’ve got some powerful Lebanese female change makers. Some work loudly, some quietly, public or private sector, solo or in densely woven communities. But their work comes together to offer us something profound. These are just a handful out of many. I hope they keep the fire in you alive.

On Diana’s twitter, she declares herself a “TV journalist, documentary producer, women advocate and social media junkie”. These are all true things, from what I can gather, but they are also bare facts that don’t capture the magnitude of her contributions. With nearly three decades of writing and producing high quality journalism, Diana has provided war coverage across the Arab world and developed 50 hours of documentary footage shedding light on complicated and taboo issues of conflict, women and minority rights, and democracy.

After a long career with Future TV beginning in 1993, Diana broke away and co-founded Daraj Media, a powerful independent (and transparent) platform that challenges Lebanon’s media establishment and presses a thumb into all the underreported sore spot of our country and the region. She has contributed to numerous publications, and is recognized as ‘…a prominent voice for the defense of human rights…’ and ‘…one of the leading female war correspondents in the Arab world’(Source: https://daraj.com). Experience her regular thoughts and commentary on twitter.

Céline Semaan-Vernon is a New York-based Lebanese-Canadian designer, community mobilizer, educator, and innovator whose work is deeply rooted in environmental and social justice. Her master work that integrates all of the aforementioned is the Slow Factory Foundation, which she co-founded in 2012 while living in Montreal. A public service organization, the Slow Factory Foundation ‘…transforms socially and environmentally harmful systems by designing models that are good for the Earth and good for people’ (Source:https://slowfactory.earth/). It’s achievements include:

Slow Factory, in a nutshell, is: ‘an open education institute, an independent lab, and a regenerative design incubator’. Check out more about them and donate through the link listed above! Oh, Slow Factory also has a killer instagram.

If the sheer eye-sparkling splendour and breadth of this creation is not enough, Céline is also (according to wiki) on the Council of Progressive International, has been Director’s Fellow of MIT Media Lab since 2016, and worked with Creative Commons to bring open licensing to Lebanon and Qatar. Her art and design work has been featured in a number of American galleries, including MOMA, and she is known for literally coining the term ‘fashion activism’, and familiarizing popular fashion magazines with the language of ‘decolonizing’. There is more, but if I keep going I will have to end this list of women at two…so, instead, give her website a browse, check out her instagram, and give these Elle, Coveteur, and CBC articles a read. You’re welcome!

Her social media presence and personal website presentation feels charming, funny, and even gentle in places. Her visual image strikes as polished, restrained and somehow a little playful. She also packs a PUNCH. You will know this already if you watched the video above. If you didn’t watch the video above, I’ll wait here until you do.

Now that we’re all on the same page: A self-described ‘well-rounded socio-political writer’ with a Masters in Public Policy from Harvard, Sara worked as a high-profile expert political advisor in Lebanon (could anything sound more exhausting and depressing???) with the overarching motto of always serving the public good. She is Partner and Managing Member of Yafi Capital where she applies her expertise in renewable energy to waste-to-energy solutions, investments in environmental initiatives, and the advising of national stakeholders on waste crisis resolutions. Again: exhausting. She also has an incredibly illuminating HuffPost bio that informed me of some notable personal information. Here is half of it:

Sara is the granddaughter of former Lebanese Prime Minister Abdallah El-Yafi, one of Lebanon’s founding fathers and the statesman who gave the voting rights to women in Lebanon. Sara has earned a community of readers after some of her social media posts went viral over the Internet with over half a million reads, received the title of woman of the year in her country’s leading French newspaper and became her mother’s favorite child. She illustrates her own articles.

Those ‘social media posts’ that went viral? You might have heard of one of them, even if you have never heard of Sara El Yafi! It’s known as the ‘Israel Mezze Station’ situation. Not sure? Check it out in the comment thread of this Facebook post. If you want to discover more, check out the engaging socio-political videos, articles, and posts on her website and instagram.

If you haven’t heard the name Sinine Nakhle, you’ve probably still heard of Beirut by Dyke, the online comic world this writer, artist, academic and activist created to offer a window into the world of growing up queer in Beirut. More than that, it offers a door that other queer Lebanese can step through and feel safer and seen. It also offers support, resources, and community.
The stories and portraits are brave, lucid, confrontational, and intensely vulnerable. They are tender and poignant. They are defiant and enraged. They show stark experiences of abuse, oppression, triumph, healing, and the ongoing battle of being human, being queer, being Arab in all its intersections. They are genuinely a marvel.

‘…that her visual and written documentation provides us with the possibility to reclaim our narrative. This in turn allows minority voices to gain more visibility and recognition in the public sphere.

Her digital space offers a safe environment for all those who have suffered from queerphobic oppressive and discriminatory behavior. For example, Beirut By Dyke was one of the first social media activists to shed light on the multiple accusations received on the serial harasser Marwan Habib.

At a time when mainstream media was sensationalizing the issue, she provided a secure digital safe space where people could come forward with their traumatic experiences.’

You can check out the work in all its glory on the Beirut by Dyke instagram, and you can also support the art by becoming a patron!

Before we wrap, I’d like to make an honorable mention of Dr. Sandrine Atallah, sexual educator and disruptor extraordinaire, as well as the entire team at Marsa Sexual Health. You can check out a little blurb on each in our blog 4 Spaces Transforming How Women Talk About Sex in Lebanon. Also, we’d be remiss without giving our thanks to the very female-forward suicide prevention team at EMBRACE, who are doing immensely difficult and unseen labor with the most vulnerable of our populations.

And that’s all folks, until next time. As always, let us know your thoughts in the comments.

Discovered in WILPF Article In Lebanon, the Revolution Is a Woman 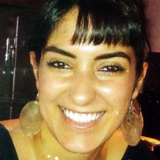 Tala is a Lebanese/Palestinian freelance writer and Registered Psychotherapist (Qualifying). Her passions include magical realism, alternative knowledge systems, food security and diverse pathways to healing intergenerational trauma. She lives in Toronto with her two cats and a large number of temperamental plants.

The Wellness Project © 2021 All Rights Reserved