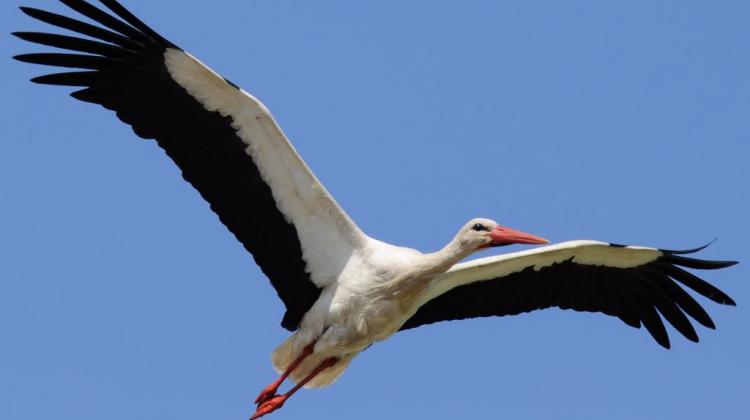 Previous item World Cleanup Day In... Next item Let’s join hands for the...

Striving for Sustainable Hunting in Lebanon

Humans have practiced the activity of hunting wild animals or game since time immemorial. For many societies it represents a cultural tradition or even a livelihood. However, many argue that it is simply unethical, cruel, illegal and plain wrong. It has led to the extinction of countless animal species, it can negatively impact the food chain, and it causes immense suffering to the animals – to name just a few reasons I can think of for why it should be outright banned.

While there have been various efforts globally to ban hunting on some levels, it is still widely practiced. However, on a brighter note, sustainable hunting, the practice of responsible, sustainable and safe hunting, is on the rise around the world. We have learned that in Lebanon, sustainable hunting is gaining momentum too, which is great news to hear! There are a number of organizations and individuals advocating for this, which is the beginning of hopeful steps in the right direction. All the same though, illegal hunting is still a major problem (with the lack of regulations and too many poachers). ​Here is a story we want to shed light on, and it concerns one particular individual who has embraced sustainable hunting while inspiring others to do the same…

Adonis Al Khatib is ​the​ Liaison Coordinator for Sustainable Hunting for SPNL ​(Society for the Protection of Nature in Lebanon), and he also heads the Middle East Sustainable Hunting Center (MESHC), which he established in 2015. ​He​ is a firm believer that hunting and sustainability must go hand in hand. We discovered that he is on a ​mission​ (and an honorable one we might add) – through his own initiatives and through various partnerships with other conservation groups – ​to make more Lebanese appreciate nature and to make hunting a more eco-friendly practice​.

“The hunter can be a friend of nature,” he says affirmatively. “In fact, it is known that the most famous hunters worldwide are the ones that founded nature reserves for the protection of birds and other animals.” In addition to his work with two local sustainable hunting groups, Adonis Al Khatib is also the Editor in Chief of Sayd ​online magazine. Sayd provides useful information about hunting in Lebanon and covers environmentally friendly sustainable practices.

Adonis shares with us the list of birds permitted for game hunting as declared by the Higher Council of Hunting in Lebanon in the Ministry of Environment: fieldfare, song thrush, mistle thrush, calandra lark, Eurasian woodcock, stock dove, common wood-pigeon, common quail, common chaffinch, Eurasian teal, garganey and mallard duck.​ “Hunters should know this kind of information and must apply the rules correctly in order to preserve the game birds population. This way he or she can keep hunting responsibly, and it becomes a sustainable practice. My mission is to educate people through my work and the magazine.”

From left to right:  Feldfare and Stock dove In fact, the work of Adonis is all the more important because of Lebanon’s strategic location as a key flyway location (flyway refers to the flight path used for bird migration). Did you know that each year around 37 species of soaring birds make their migration from Europe and West Asia to North Africa and back? Pretty amazing, no?

From left to right: Chaffinch and Garganey It is estimated that 1.5 million migratory soaring birds (MSB), as they are known, pass through Lebanon. Yes, it’s true, because this tiny country, Lebanon, lies on the west side of the Rift Valley African Eurasian flyway, which is considered one of the most important flyway in the world. Unfortunately these birds, mainly large broad-winged birds, such as raptors, storks, cranes and pelicans, are frequently targeted by poachers. In fact, SPNL has been dedicated to the protection of these migratory birds and other local endangered birds since 1984. ​You can read more about the migratory birds and conservation initiatives in Lebanon in this informative publication here. Adonis explains that there are basically two camps in this sport: the hunter and the shooter. “The shooter is greedy, ignorant and shoots indiscriminately, while the hunter cares about the environment and about preserving endangered species. At any time of the year, shooters, who typically drive 4-wheel cars or ATVs, fire at whatever they see. The hunter, on the other hand, respects the hunting season. Also, since the hunter considers this a sport, he or she wants to be challenged, therefore shoots with technique and precision to aim at the right target.” As part of his awareness raising work in educating the hunters, he advises them to aim for low-quota selective hunting. “In some areas I will tell hunters that the females and babies should be avoided, and instead they target older males or ‘problem animals’, those that kill livestock or damage crops.”

Although there is a law (referred to as ​580/2004) aimed at improving control and stopping illegal hunting, ​the sector is largely unregulated in Lebanon. “It is good to have this law, but there is not enough personnel to enforce it,” concedes Adonis. He has, however, acknowledged that he is personally witnessing, by and large, more responsible behavior by hunters in the recent years, compared to thirty years ago when he first began his conservation advocacy work. He explains that hunters must obtain two

permits: one for owning a gun and the other for hunting, adding that the hunting license must also be renewed annually and this costs 100,000 Lira (67 USD). Adonis says that during 2017-2018, 16,500 hunters were registered in Lebanon. (While this may sound like a big number for Lebanon, some environmental organisations claim that the real number could be closer to 600,000! here. “To get your license you must be at least 18 and take the test, “ explains Al Khatib. “To pass this test it is necessary to know well all the hunting rules and regulations!!!. Hunters without a license are subject to legal prosecution.”

It is only two years since Adonis started working closely with the Committee Against Bird Slaughter (CABS), which is an international German organization, for protecting the migratory birds that pass through Lebanon from poachers. We know that Lebanon still has a major problem with illegal hunting and lack of regulations, as this recent story by CABS sheds light on some unfortunate practices taking place.

Adonis also works relentlessly to promote ‘Hima’. “​Hima, which means protection in Arabic is a ​community based approach used for the conservation of sites, species, habitats, and people in order to achieve the sustainable use of natural resources. It originated more than 1,500 years ago where it was spread along the Arab Peninsula as a ‘tribal’ system of sustainable management of natural resources.” (source: SPNL)

To date, Al Khatib has established 40 Himas in collaboration with the respective municipalities around the country, in order to safe-keep public land and to ​assure the conservation of the site and its biodiversity. “We go there and make studies, so we can advise the authorities on sustainable best practices for their use of the space, whether its for grazing, agriculture, eco-tourism and so forth.”

In addition to the Himas, ​Adonis works closely with hunting associations, students, community leaders and various women’s organizations constantly giving workshops and talks on raising awareness and capacity building regarding good hunting practices​. “It’s really all about educating the public on what is right and wrong”, says Adonis. “In many cases some hunters break the hunting regulations and law not intentionally, but simply because they did not know better. So here, my role is to offer the tools, such as manuals and books as well as giving the right training.” As part of his awareness training, Adonis El Khatib also does regular walking tours during which he helps familiarize the persons participating with the nature and getting to know the indigenous animals and their habitat. ​He strongly believes that once there is an affinity with nature, people will instinctively want to protect it.​ In addition, Adonis arranges wildlife photography tours bringing in expert photographers. These tours he says are quickly growing in popularity. “Everyone is taking great pictures too, thanks to the constant upgrades of smartphone devices everyone carries these days,” he quips. In Lebanon, in addition to birds, wild boars and rabbits are also commonly hunted. The official hunting season runs from September 1 to February 15, but in reality recreational hunting is practiced all throughout the year, taking place predominantly in the lush Bekaa Valley in the East and in the Akkar region in the North.

Lately, Adonis is involved in various new conservation projects. One of them is the Butterfly Pavillon Garden situated near the West Bekaa Country Club. The newly launched pavilion has a botanical herb garden where native butterflies develop and complete their life cycles. Another upcoming project is by the Litani River in South Lebanon where Adonis plans to introduce sustainable hunting and hopes to create eco-tourism projects around that area. “There is a lot of work that can be done for which I am very optimistic. Sure, hunting needs to be much more regulated in Lebanon, but change is taking place, slowly but surely,” he says. “My job is to make sure citizens become environmentalists. Also, once they value nature, they will automatically respect the laws,” he adds with a definitive smile.

We hope you got some useful insights on sustainable hunting efforts in Lebanon. To know even more you​ ​ can check Adonis Al Khatib’s page ​.​ ​If you have interesting stories about this topic or have any comments to make please share them with us. We always love to hear from you! Let me end here with a beautiful ancient American Indian proverb:

We do not inherit the Earth from our Ancestors, we borrow it from our Children.”