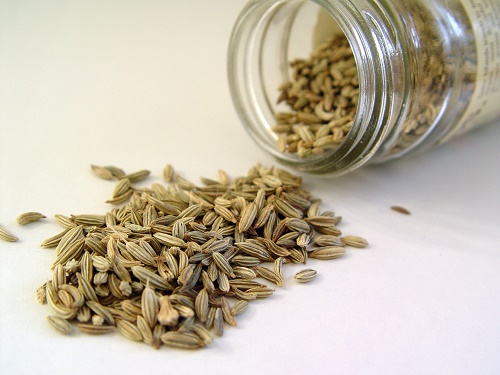 Previous item Everything you need to... Next item Palm Oil: The Hidden...

Some arriving in the Middle East through trade and others indigenous to the region, so many of the natural home remedies we take for granted today are rooted in traditional medicine from the Arab world! Anise, aside from its flavorful qualities and calming scent, has been used in traditional Arab medicine to treat a range of digestive issues and has particularly potent antispasmodic effects that are just as useful for respiratory issues. Prophet Mohammad (Peace Be Upon Him) said “Use the black seed, because it contains a cure for every type of ailment except death”. Known to help with digestive, respiratory and immune-related issues, black cumin seed has potent antihistamine, anti-inflammatory, anti-oxidant and analgesic properties. Used in many medical systems including Arab and Islamic medicine, fennel has several digestive benefits particularly as a laxative, diuretic, pain reliever and muscle relaxant, with its oil providing added benefits for soothing tense muscles. Traditionally grown in Southern Arabia, Frankincense is well known for its religious uses and role in the story of the Three Wise Men. Medicinally, it has been used as a traditional remedy for issues ranging from digestive and respiratory to post-natal and hypertensive conditions. Recently, studies have shown a chemical compound in Frankincense has the potential to kill cancer cells. Used for its strengthening and blood purifying properties more than 4000 years ago, in Babylon, and used by Ancient Egyptians to treat liver and intestinal ailments, juice from the stalk and leaves is also found to benefit respiratory issues, while the root can treat topical wounds. Studies have also shown it stimulates the adrenal gland and has significant benefits for immune-deficiency. Mentioned in the Quran as the holy tree, olive oil is renowned for its healthy fatty acids, skin-softening and heart-protective qualities. The leaf has also been used medicinally for antioxidant, anti-aging, immune-boosting, antibiotic, antidiabetic and antihypertension qualities. Studies also support the leaf extract’s anti-inflammatory, anti-bacterial and anti-fungal properties, making it an amazingly well-rounded and powerful supplement. Mentioned in the Quran as growing in Paradise, and cultivated in the region since ancient times, pomegranate has been used for its astringent effects and to treat numerous ailments including sore throat, inflammation, digestive and bladder issues. A significant element of Arab herbal medicine heritage that was used by practitioners in Palestine, the usage of this plant in the region has become almost extinct. The original Arabic name for the plant is ‘Dathi or Nabat Yohanna’, and it was largely used to treat inflammation. Popular around the world today, St John’s Wort is used to treat depression, anxiety, addiction, hormonal imbalance, and for its protective anti-cancer qualities. Palestinian thyme is an extremely popular herb used in food across the Middle East. It is also used as a treatment for respiratory, inflammatory and digestive conditions, as well as topically for wounds. A tea made from the leaves is also a popular remedy against cough, cold and flu!

If this topic interests you, stay tuned for our upcoming series where we’ll be picking one remedy a week and going into greater depth on its history, development, preparation and applications!